On the surface, dementia statistics are harrowing. Globally, about 50 million people live with dementia. By 2050, this number is projected to rise—especially in low- and middle-income countries in which two-thirds of those with dementia currently live. Furthermore, the financial impact is expected to be about $1 trillion annually. 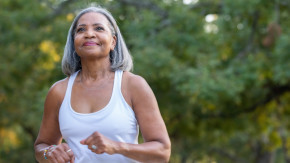 Exercising regularly is just one of a dozen modifiable risk factors for dementia, according to new research.

These numbers are staggering, according to the authors of a 2020 update of the 2017 Lancet Commission on dementia prevention. The good news is that dementia is not necessarily a foregone conclusion as we age. In fact, neurocognitive health is highly dependent on many lifestyle decisions that we can control.

The Lancet study authors point to 12 modifiable risk factors fleshed out by the research—an increase from the nine cited in 2017. Let’s take a closer look.

What can be done?

According to the Commission, the 12 modifiable risk factors account for about 40% of worldwide dementia that can be prevented or delayed.

The authors cite the following interventions:

Additionally, the authors recommend the following for maintaining/boosting cognitive reserve:

As for factors that relate to pathological damage and cognitive reserve, the authors recommended the following:

The authors wrote, “We recommend keeping cognitively, physically, and socially active in midlife and later life although little evidence exists for any single specific activity protecting against dementia …. Although behaviour change is difficult and some associations might not be purely causal, individuals have a huge potential to reduce their dementia risk.”

They added, “Well-being is the goal of much of dementia care. People with dementia have complex problems and symptoms in many domains. Interventions should be individualised and consider the person as a whole, as well as their family carers. Evidence is accumulating for the effectiveness, at least in the short term, of psychosocial interventions tailored to the patient’s needs, to manage neuropsychiatric symptoms. Evidence-based interventions for carers can reduce depressive and anxiety symptoms over years and be cost-effective.”

Other recent research suggests that sleep deprivation can lead to certain types of dementia. Read more about it on MDLinx.

Do these preventive strategies work?

Results of a prospective study published in the BMC reflected whether the 12 aforementioned modifiable risk factors decreased the incidence of dementia diagnosis in 1,100 participants within the study period (mean follow-up, 82.3 months). The researchers also controlled for nonmodifiable risk factors including age, sex, and APOE ε4 genotype.

Overall, 10.1% of the sample developed dementia, with APOE ε4, diabetes, heart disease, stroke, and delirium all independently correlated with risk of dementia. In the present study, nearly 40% of dementia cases were secondary to comorbid diseases.

Posted on January 17, 2022, in Uncategorized. Bookmark the permalink. Comments Off on Evidence-backed ways to cut dementia.