← Is Bioidentical HRT TGA approved.
Salt intake and the Brain. →

Seaweed as ‘superfood’? Here’s what the research says

Seaweed as ‘superfood’? Here’s what the research says

Many of my patients are aware that I have been promoting seaweed as a health benefit to all, especially those with thyroid problems. My wife and I have been consuming seaweed for some years now. It is obtainable from any Asian food store, and also Coles and Woollies in the Asian section. The Korean seasoned seaweed is best.

It may sound like another food fad, but a growing body of evidence suggests that edible seaweed has health benefits for humans. Those slimy sea plants—actually a type of marine algae—are packed with fibers, essential vitamins, minerals, polyunsaturated fatty acids, and other bioactive compounds. 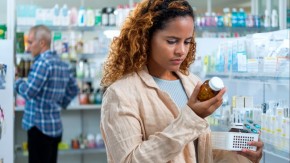 Seaweed is widely purported to provide health benefits, but does research bear out the claims?

Researchers are increasingly taking an interest in seaweeds for their potential to lower the risk of various chronic diseases, including obesity, type 2 diabetes, cardiovascular disease, and hypertension. Moreover, certain seaweeds contain compounds with anticancer, antitumor, and antiviral properties, according to studies.

Seaweed and its extracted compounds are widely marketed for their health-promoting properties, but science has yet to substantiate all of the health claims. And they are still investigating the potential adverse effects, in particular the potentially high and dangerous levels of iodine and heavy metals like arsenic in certain seaweeds.

Let’s take a deeper dive into the health benefits and risks of consuming marine algae.

According to a review published in Frontiers in Marine Science in March, seaweed contains vitamins A, B1, B2, B12, C, D, and E, which offer various health benefits and prompt antioxidant activity. Seaweed may contribute to a lower risk of high blood pressure, cardiovascular disorders, cancer, diabetes, atherosclerosis, and neurodegenerative disease.

Due to its habitat, marine algae is also a great source of minerals, including potassium, sodium, phosphorus, calcium, iodine, magnesium, iron, and zinc, all of which are required for optimal health and function. Plus, seaweed features dietary fibers and proteins, and bioactive ingredients including polysaccharides, polyphenols, phytochemicals, and polyunsaturated fatty acids. According to the review, seaweed may have therapeutic uses in patients with inflammation, cancer, allergies, diabetes, thrombosis, and obesity.

As noted in a review published in Phycologia in 2019, seaweeds have been used as a remedy throughout human history, but research into the plant’s value as a nutraceutical is now a major subject of exploration. This includes research into the impact of consuming seaweed on the risk of hypertension and cardiovascular disease. Authors cite several epidemiological studies that found an inverse relationship between regular seaweed consumption and reduced risk of these conditions, including a 15-year study of dietary patterns in almost 80,000 men and women in Japan.

According to the review, researchers hypothesize that the fatty acids and peptides found in seaweed may contribute to its blood-pressure-lowering abilities.

It’s been long established that the consumption of fiber-rich foods like seaweed has a positive impact on appetite, satiety, blood glucose, and cholesterol. But many seaweeds (particularly brown seaweeds) also feature fucoxanthin, which studies have indicated has anti-obesity properties. In light of this, authors of the review posited that, in combination with exercise and dietary changes, seaweed could help treat obesity.

Seaweed may have anti-cancer properties due to the antiproliferative activity of peptides, polysaccharides, and polyphenols, according to the 2021 Frontiers review. The Phycologia review cites studies that have established relationships between high levels of seaweed consumption and reduced risk for bowel, biliary tract, colorectal, and breast cancer.

In addition, the Phycologia review points out that various studies (in animals and humans) have demonstrated the anti-diabetic efficacy of seaweed. One study found that daily consumption of one type of seaweed resulted in more regular blood glucose levels, decreased serum triglyceride concentrations, and increased high-density lipoprotein cholesterol in subjects with type 2 diabetes. Other studies have found that seaweed consumption helped modulate glucose metabolism, which can lead to improved cognitive performance

Beyond this, research indicates that seaweed also has antiviral properties, and may even be able to help those with insomnia.

Health claims associated with commercially available seaweed products are too often based on insufficient evidence (or no evidence at all) from human intervention studies, according to a review published in Nutrition Reviews. “There are considerable safety concerns related to potential adverse events associated with seaweed consumption, particularly in light of the variable and potentially dangerously high concentrations of iodine and heavy metals (including arsenic species) in certain seaweeds,” the authors wrote.

Of note, pregnant women should be advised to avoid seaweed due to its iodine content. Authors point out that the iodine found in seaweed, along with other heavy metals (including mercury), may also impair thyroid function. And, although the heavy metal concentrations in edible seaweeds are generally below toxic levels, patients who eat a lot are at a higher risk of bioaccumulating arsenic.

“Edible seaweeds are a rich and sustainable source of macronutrients (particularly dietary fiber) and micronutrients, but if seaweeds are to contribute to future global food security, legislative measures to ensure monitoring and labeling of food products are needed to safeguard against excessive intakes of salt, iodine, and heavy metals,” they wrote, concluding that more human studies are needed to establish how regular consumption of whole seaweeds and their extracted bioactive components affects human health.

Seaweeds have environmental appeal because they are sustainable, and they don’t need fresh water, extra fertilizer, or land to grow. They use renewable living resources and don’t require the use of pesticides; plus, they absorb carbon dioxide from sea runoffs, which means they’re a carbon-negative food, wrote the authors of the Frontiers review. And of course, they’re abundant in every ocean.

“Aquaculture is recognized as the most sustainable means of seaweed production and accounts for approximately 27.3 million tonnes (96%) of global seaweed production per annum, yet the growing demand for seaweed-based food ingredients calls for more established guidelines and regulations to ensure sustainability,” they wrote.

Ultimately, wrote the authors of the Nutrition Reviews article, “if seaweeds are to contribute to future global food security, either in their whole form or via extraction of their nutrients, the industry should develop a sustainable heavy metal/iodine monitoring program or, alternatively, identify novel processing technologies to ensure that unsafe components such as arsenic are minimized to safe levels, thus protecting the food chain.”

Posted on November 21, 2021, in Uncategorized. Bookmark the permalink. Comments Off on Seaweed as ‘superfood’? Here’s what the research says.

← Is Bioidentical HRT TGA approved.
Salt intake and the Brain. →