← Follow a natural health philosophy? Vaccination may have more in common with it than you think
The power of vitamin D →

The dangers of ‘bikini medicine’

The dangers of ‘bikini medicine’

Healthcare historically has taken a one-size-fits-all approach to diagnosis and treatment. Here’s one reason why: Men have historically had far greater representation in clinical studies than women—and evidence suggests that this under-representation leads to poorer outcomes for female patients. 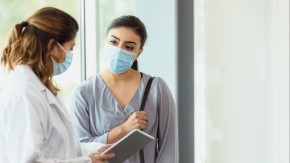 A number of health conditions affect women and men differently, from COVID-19, to cardiovascular diseases, mental health, and more.

Sex differences lead to underdiagnosis or diagnostic delay in more than 700 diseases for women, compared with men, according to an article published by the University of Colorado’s Ludeman Family Center for Women’s Health Research.

The outdated and sexist idea that men and women should be cared for similarly has been dubbed “bikini medicine,” a nod to the mistaken belief that women’s health only differs from men’s in the parts of the body that a bikini would cover.

Research has debunked this theory. As noted in a study published in Nature, sex and gender are essential considerations for precision medicine (sex defined as the biological component; gender as a social construction). Study authors pointed out that conditions such as cardiovascular disease, osteoporosis, and autoimmune diseases affect men and women differently. What’s more, some diseases affect both sexes at similar rates, yet women tend to be underdiagnosed.

In light of this, here’s a brief overview of some of the ways that routine healthcare may be failing women, due to outdated practices and beliefs.

Sex affects many aspects of cardiovascular diseases, from how symptoms present to how the body interacts with medications. For example, research cited in the aforementioned University of Colorado article indicates that women taking cardiovascular medication are more than twice as likely to experience adverse reactions than men taking the same meds. Despite this, many physicians continue to prescribe the same dose for men and women.

A study published in Circulation in February of this year presents another consideration. For decades, the normal upper limit for adult systolic blood pressure (SBP) has been 120 mm Hg—but researchers concluded that the sex-specific definition of optimal SBP for women may need to be lowered.

The study included a cohort of 27,542 individuals with standard SBP, 54% of whom were women. Analyzing 28 years of participant health data, researchers found that cardiovascular disease risk and incidence increased at the lower thresholds of SBP for women compared with men. They posited that this disparity may be due to sex-specific differences in vascular anatomy and physiology—women tended to have smaller arterial diameters compared with men, after normalizing for body size, for example. They concluded that the physiologic range for SBP should be reassessed on a sex-specific basis, because using the same range could lead to missed cardiovascular disease diagnosis in women.

Sex also affects the diagnosis of mental illnesses, including attention deficit/hyperactivity disorder (ADHD), according to a study published in the Nordic Journal of Psychiatry in November 2020.

Researchers examined health data on 50 boys and 50 girls under the age of 18 with a diagnosis of ADHD. The researchers focused on referral reason, diagnostic process, and treatment. They found that, on average, female patients visited the clinic more frequently before receiving a diagnosis, and that the female patients were more likely to have been prescribed non-ADHD medication (typically for emotional symptoms) before and after diagnosis.

Female patients were more likely to be referred to a clinic for suspected emotional problems, researchers noted, while boys tended to be referred with symptoms of a neurodevelopmental disorder. Researchers posited that ADHD symptoms in girls may not be recognized by teachers and/or parents until they are older—and by this point, patients may have increased emotional problems as a result of living with undiagnosed ADHD. Hormonal differences and societal perception of gendered behaviors could also be explanations.

A study published in BMJ Open Sport & Exercise Medicine in March of this year found evidence of other sex-specific differences in mental health symptoms. Researchers examined a cohort of 523 professional athletes, 56% of whom were women, and found that female athletes tend to report higher rates of mental health symptoms, and lower rates of mental well-being. Researchers noted various social factors, including the gender pay gap and public social media abuse, as possible reasons for this.

In some cases, knowing sex-specific differences in symptoms can become a matter of life and death. For example, female patients with stroke tend to present with certain symptoms that male stroke patients don’t experience, according to materials provided by Northwestern Medicine.

During a stroke, men and women typically report numbness or weakness in the face, arm, or leg; confusion; trouble speaking or seeing; difficulty walking; dizziness or loss of balance; or severe headache. The following symptoms are, however, specific to women: hiccups, nausea, chest pain, fatigue, shortness of breath, and a racing heartbeat.

Women tend to have more risk factors for stroke (including prescriptions for birth control pills, current pregnancy, diagnosed atrial fibrillation, and others), and one in five women will have a stroke in their lifetime.

As the pandemic data accrues, research is uncovering sex-specific differences in the impact of SARS-CoV-2.

In a Journal of Women’s Health study from March of this year, which used data from 1.4 million patients, collected between January 1 and May 1, 2020, researchers found that headache, anosmia, and ageusia were significantly more frequent in females. Ear, nose, and throat symptoms were also more common in women. Chest X-ray and blood tests were performed less frequently in females, and women were hospitalized and admitted to the ICU less frequently, the data showed.

Posted on November 1, 2021, in Uncategorized. Bookmark the permalink. Comments Off on The dangers of ‘bikini medicine’.

← Follow a natural health philosophy? Vaccination may have more in common with it than you think
The power of vitamin D →