← How to actually fix a lost voice.
In Defense of Progesterone: A Review of the Literature →

What’s up with this ‘fake’ food group?

What’s up with this ‘fake’ food group?

You may have heard of “fake meat”—those plant-based meat alternatives made famous by offerings like the Impossible Whopper at Burger King, Beyond Meat, Tofurky, and many others. But, have you heard of “pseudograins”? 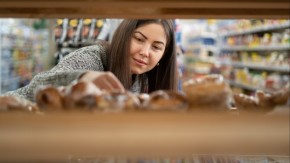 Have you heard of pseudocereals? Read on, they are not fake food.

Also called “pseudocereals,” these may sound like another category of “fake” food but, in fact, the term refers to plant-based grains like quinoa, amaranth, chia, and buckwheat—which have been consumed by humans since ancient times.

Unlike cereals, these plant foods include non-grasses that are dicotyledonous rather than monocotyledonous like the cereal family. Of note, the term cotyledon refers to an embryonic leaf in seed-bearing plants. Pseudocereals, however, harbor similar starch content, palatability, and texture as members of the cereal family. They are also cooked in much the same way, and are considered highly nutritional.

Let’s take a closer look at pseudocereals and their health benefits.

In precolonial times, pseudocereals were a main food source in countries such as Peru, Bolivia, and Ecuador. After the Spanish conquest, however, tastes changed, and cultivation dropped off in favor of cereals and barley, according to the authors of a review published in Critical Reviews in Food Science and Nutrition.

The authors characterized pseudocereals as “subexploited” foods, which refer to foods that have been eaten by various populations for hundreds of years but were replaced in the early 20th century by other grains and foods that are more popular in the world population diet.

They added, “Due to their agronomic characteristics, ecological adaptability to adverse conditions and high nutritional value, pseudocereals’ relevance is economic, social, ecological, nutritional and functional.”

Pseudocereals contain high-quality proteins and peptides, as well as flavonoids, phenolic acids, fatty acids, vitamins, and minerals, which contribute to proposed antioxidant, anti-inflammatory, and cardiovascular benefits. They are also gluten-free.

Pseudocereals increase natural resource diversity, and thus are environmentally friendly. They are acclimated to thrive in hostile growing conditions, thus making them an enviable alternative in countries that lack valuable protein sources and where food production is limited.

This often-mispronounced pseudocereal (keen-wa) is one of the few vegetable sources that contains all essential amino acids. Although originally endemic to the Andes, interest in this interesting crop has spread worldwide.

The authors of the aforementioned review cite research indicating the antiproliferative effects of quinoa in colon cancer cells. Preclinical research has also shown that the peptides released by quinoa digestion may have antidiabetic properties. Other properties include radical scavenging and ACE inhibition, which is important in blood pressure control.

To learn more, read Don’t miss out on these 9 essential amino acids, on MDLinx.

Long before chia became a popular food item, it was famous for being the “fur” (or “hair”) on Chia pets (ch-ch-ch-Chia!). Chia is an herbaceous plant native to Mexico and Guatemala. To date, commercial interests have focused on oil extraction, which is rich in polyunsaturated fatty acids. The seeds, however, are also a great source of protein, minerals, dietary fibers, and phenolic compounds. These nutritional benefits have contributed to the use of chia seeds in yogurts, salads, breads, and beverages.

The authors of the aforementioned review cited research supporting the antihypertensive, antioxidant, antimicrobial, and anti-inflammatory benefits of chia.

This genus of plant consists of more than 60 species and is mostly endemic to the Andes, but is grown in other parts of Central and South America to a lesser degree. Its health benefits have been hypothesized to include decreasing cholesterol levels, hindering ACE activity, and exerting antineoplastic effects in cancer cells.

“Amaranth protein-based diets have been found to reduce food intake and body weight through reduction of rat plasma ghrelin levels and increase of postprandial leptin and cholecystokinin levels, and to modify microbiota composition in a diet-induced obesity mouse model,” according to the authors of the Food and Chemical Toxicology review. “Moreover, amaranth protein improved glucose tolerance and increased plasma insulin in a streptozotocin-induced diabetes model while protein hydrolyzates exerted significant anti-hypertensive activity in spontaneously hypertensive rats, and antithrombotic effects in Wistar rats.”

Click here to learn more about amaranth and other grains at MDLinx.

Among the pseudocereals, buckwheat has the highest levels of resistant starches. These starches are hardest to digest and absorb by the small intestine. They reach the colon where they are digested by microorganisms to yield short-chain fatty acids, which are plenty healthy, and have been demonstrated to change chemotaxis and phagocytosis, trigger reactive oxygen species (ROS), modify cell proliferation and function, and exert anti-inflammatory, antitumorigenic, and antimicrobial effects, as well as changing gut integrity.

According to the authors of the aforementioned review in Food and Chemical Toxicology, resistant starches have demonstrated three proven health benefits. First, they regulate blood glucose and lipid levels. Second, they facilitate intestinal microbiota. Lastly, they reduce obesity.

Posted on August 15, 2021, in Uncategorized. Bookmark the permalink. Comments Off on What’s up with this ‘fake’ food group?.

← How to actually fix a lost voice.
In Defense of Progesterone: A Review of the Literature →