Postbiotics: The next wave of dietary supplements?

Postbiotics: The next wave of dietary supplements?

You’ve likely heard of prebiotics and probiotics. Prebiotics are substances derived from fiber and other carbohydrates that are consumed by the helpful bacteria in the gut. Probiotics are live bacteria found in certain foods and supplements, such as Lactobacillus in yogurt. 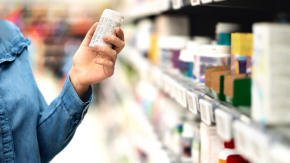 Postbiotics do not contain live microorganisms, so the risks associated with their intake are minimized.

But what are postbiotics?

Importantly, postbiotics exert their effects at the level of gut microbiota, the composition of which is strongly linked to various diseases.

“As an imbalance in the intestinal microbiota can lead to the development of several diseases (eg, type 1 diabetes, cancer, among others), the use of prebiotics, probiotics, and postbiotics to alter the gut microbiome has attracted recent interest,” the authors wrote.

Let’s take a closer look at examples of different types of postbiotics currently available as functional foods or supplements.

Butyrate is a key energy source for enterocytes, and it plays a role in the renewal of intestinal epithelium. It is also able modulate gene expression via the incomplete inhibition of histone deacetylases. Butyrate also has immunosuppressive effects and can establish food tolerance via boosting the expression of immunosuppressive cytokines and downregulating several cytokines and proinflammatory receptors.

In mouse models, enzymes produced by Lactobacillus have relieved symptoms of Crohn’s disease. They have also decreased inflammation secondary to inflammatory bowel disease, as well as the prevention of colon cancer.

These mixes of biologically active metabolites are secreted by bacteria and yeast into their surroundings and can be extracted and filtered from cell cultures.

Immunogenic potential is expressed by different components of the bacterial cell wall including lipoteichoic acid (LTA). This molecule is located in the cell walls of Gram-positive bacteria and can be released into the environment.

LTAs derived from Lactobacillus and Bifidobacteria are indicated for the treatment of skin infections. They act by releasing anti-infectious peptides. Although debate surrounds other health benefits, LTAs may also have anti-inflammatory, antineoplastic, and immunomodulatory effects.

Microorganisms manufacture biopolymers as they grow. These biopolymers harbor different chemical properties and are released outside the bacterial cell wall, thus yielding a soup of different substances called exopolysaccharides. These substances are used in food production as stabilizers, emulsifiers, and water-binding agents.

Although their exact biologic functions remain to be elucidated, research demonstrates that they may modulate immune response via interaction with dendritic cells and macrophages, as well as enhance the proliferation of T and NK lymphocytes.

The health benefits of postbiotics listed here likely represent only the tip of the iceberg. Much more research needs to be done.

To date, researchers have suggested that postbiotics may confer a laundry list of benefits involving anti-inflammatory, immunomodulatory, anti-obesogenic, antihypertensive, hypocholesterolemic, anti-proliferative, and antioxidant pathways. In the aggregate, postbiotics are considered safe and have long shelf lives, which make them a topic of much interest.

Posted on June 28, 2021, in Uncategorized. Bookmark the permalink. Comments Off on Postbiotics: The next wave of dietary supplements?.