← Progesterone only treatment for menopause
The FodMap diet →

Is this little-known diet the secret to cholesterol woes?

Is this little-known diet the secret to cholesterol woes?

It sometimes seems like the ketogenic, Paleo, and Atkins diets have taken over social media by storm. But what about the Pritikin diet? This cholesterol-conquering eating plan has been around for more than 40 years, yet it doesn’t get the publicity of its trendier peers—despite its evidence-based health benefits, outlined in a JAMA article last spring. 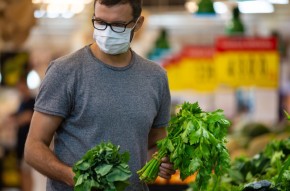 Have you heard of the Pritikin diet? Developed over 40 years ago, it aims to protect your heart.

The truth is, the Pritikin diet boasts some major bona fides that suggest it could be a good fit for dieters seeking heart health, including physicians. But what does the Pritikin diet entail? What benefits does it bring? And who’s this Pritikin guy, anyway?

Born in Chicago in 1915, Nathan Pritikin dropped out of college during the early years of the Great Depression and became an inventor and engineer. He spent the first half of his career developing ideas and products for the likes of General Electric, Honeywell, Corning Glass, Bendix, and other corporations. The 20th-century innovator eventually held more than two dozen patents.ADVERTISEMENT -SCROLL TO KEEP READING

It wasn’t until he reached his 40s that he turned his mind to nutrition. In 1957, he was diagnosed with heart disease. At the time, however, most physicians didn’t consider diet a significant factor in cardiovascular issues. After 2 years of research, Pritikin grew convinced that his diet had caused his condition. He spent the rest of his life trying to spread the word that our eating habits could directly affect our risk of developing certain diseases.

Through his work, Pritikin homed in on the idea of a diet and exercise regimen geared to lower cholesterol levels. He laid out his recommendations in the 1979 book, The Pritikin Program for Diet & Exercise, which remains his most lasting legacy.

What is the Pritikin diet?

The Pritikin diet is low in fats and high in complex carbohydrates. Specifically, the diet consists of less than 10% fat, 10%-15% protein, and 75%-80% carbohydrates. Additionally, followers aim to consume no more than 25 mg or 100 mg of cholesterol per day, depending on whether they follow the “regression” or “maintenance” version of the diet, according to the JAMA article.

Does the Pritikin diet work?

Pritikin designed his diet for the prevention of and treatment for cardiovascular disease by lowering cholesterol and blood pressure. It’s also cited as a weight-loss diet that can be used as a preventive measure against diabetes, as the program tends to control blood glucose levels.

According to the JAMA article, the diet does indeed reduce cholesterol, by limiting the intake of high-fat and calorie-dense foods. While long-term data on the effects of the diet on mortality, cancer, and other diseases are unavailable, the article suggests that patients who want to lower their risk of cardiovascular disease might benefit from the Pritikin diet.ADVERTISEMENT -SCROLL TO KEEP READING

And research has found that the diet can lead to improvements in various cardiovascular disease risk factors. An earlier study, published in the Journal of Cardiometabolic Syndrome, examined the impact of short-term Pritikin therapy on the metabolic risk factors for coronary heart disease in 67 patients with metabolic syndrome. Following a 12- to 15-day stay at the Pritikin Longevity Center and Spa in Florida (one of a number of institutions that Pritikin established), the patients’ BMI decreased by 3% on average, researchers found. Participants’ systolic and diastolic blood pressure, and serum glucose and low-density lipoprotein cholesterol concentrations dropped by 10-15%, according to the study.

They gathered data from 138 adult patients with pre-existing heart conditions, all of whom had completed a 12-week cardio rehab program based on Pritikin’s principles. The study found that patients experienced significant decreases in average weight and measurements of BMI, waist circumference, total cholesterol, and triglycerides. Plus, patients maintained key changes, such as weight loss, after a 3-month follow-up.

Another study, published in 2019 in Circulation, explored the impacts of the Pritikin program on a number of similar cardiovascular disease risk factors. Looking at 140 patients who completed 24 sessions of the outpatient Pritikin ICR (intensive cardiac rehabilitation) program at Barnes-Jewish Hospital/Washington University School of Medicine, researchers found that patients gained significant cardiovascular benefits. They reduced adiposity, improved lipid profiles, and enhanced exercise capacity. Researchers concluded that all of those outcomes would likely lead to fewer cardiovascular events.

While evidence suggests that the Pritikin diet can help reduce cholesterol and lower weight among strict adherents, the aforementioned JAMA article notes the potential for some adverse effects. During the first 2 weeks on the diet, enthusiasts could see significant increases in urine production and fluid shifts, which could force changes to medication regimens for hypertension, heart failure, and diabetes. As such, it’s important to examine whether the benefits outweigh the risks. And another pitfall: The Pritikin diet might lack adequate protein for maintaining muscle function, strength, and stamina—which might not be ideal for anyone who hopes to nail down the exercise portion of the program.

Posted on February 15, 2021, in Uncategorized. Bookmark the permalink. Comments Off on Is this little-known diet the secret to cholesterol woes?.

← Progesterone only treatment for menopause
The FodMap diet →