← The pill effects adolescent bone development.
How Foods May Affect Our Sleep →

Beware the hidden dangers of these highly prescribed drugs

You will notice a change in your prescriptions from today. Doctors have to prescribe generic medicines (active ingredients) by legislation. This is a money saving exercise, as generics are much cheaper. This will be a good thing for most people, but not everyone. If you can afford it, then it is better to go by brand name. 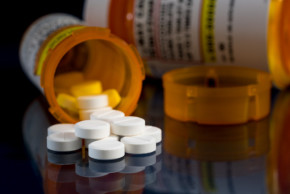 Consumers are increasingly taking generic drugs, and health insurance companies often require patients to switch to generics as a way of keeping costs down.

According to the Foundation, “The rising cost of prescription drugs is a key driver of overall healthcare spending in the US. This trend has significant implications not only for Americans who rely on medications, but also for our nation’s budget and fiscal outlook. Recent proposals to reduce such costs indicate a bipartisan desire to curb growth in prescription drug prices, but there has been a lack of consensus on the exact path forward.”

They added, “The growth in aggregate spending on prescription drugs can be attributed to several factors, such as the number and type of drugs prescribed (for example, specialty drugs are typically much more expensive than other drugs).”

Meanwhile, consumers are increasingly taking generic drugs, and health insurance companies often require patients to switch to generics as a way of keeping costs down. But are generics as safe as you think? Many generics sold in the United States are now manufactured overseas, and concerns remain about their safety and quality. Here’s what you need to know about generics.

In July 2018, manufacturers recalled three angiotensin-receptor blockers (ARBs)—valsartan, losartan, and irbesartan—after investigators found adulterants in the form of nitrosamine compounds present in the drug. These adulterants are likely carcinogens, which are also found in rocket fuel. A few months later, concerns over the safety of generics intensified, when major pharmacies yanked the generic heartburn medication ranitidine from shelves, which was also found to have similar impurities.

Results from an interrupted time series analysis published in Circulation: Cardiovascular Quality and Outcomes demonstrated that among users of losartan, valsartan, and candesartan, compared with brand-name iterations, there was an 8% increase in rates of adverse events during the month that these generics hit the market.

The authors concluded, “Among generic users, immediate or delayed differences in adverse events rates were observed right after generic commercialization for 3 antihypertensive drugs. Rates of adverse events remained higher for generic users. Increases were more pronounced for generic candesartan, which is the studied product with the largest difference in comparative bioavailability. Risk and survival analysis studies controlling for several potential confounding factors are required to better characterize generic substitution.”

In other dismaying news, American Cancer Society blogger Dr. Len (Leonard Lichtenfeld, MD) noted that although the quality of medicines produced in the United States ranks high, drugs from China and India are of diminished quality, with certain pharma executives expressing no confidence in drugs from these countries. Moreover, he cited a case where a patient with heart failure decompensated on shoddy generics, only to recover after switching off the drugs.

What the FDA has to say

In 2018, more than 1,000 generic drugs were approved by the FDA. Generic drugs decrease costs and boost access, noted the FDA. In case of a shortage or natural disaster, for instance, availability is no longer a concern, with several manufacturers in place. With producers worldwide, the American pipeline for needed drugs is secured.

The FDA assures that the review process for any new generic drug is rigorous, and that applicant generic doppelgängers have the same effects on the human body, the same active ingredients, and the same indications and safety as their prescription counterparts. Specifically, foreign-manufactured generics need to meet the same approval standards as domestic manufacture, with the FDA denying import to offending agents as needed.

Regardless of its measures and safeguards, the FDA recognizes that bad actors exist. In recent years, the FDA’s Center for Drug Evaluation and Research (CDER) has substantially increased the number of warning letters it sends. In 2018, for instance, it issued nearly five times as many warning letters to human drug manufacturers than in 2015.

“The FDA does not believe that increased numbers of warning letters reflect a growing problem in drug quality, but rather our ability to best utilize our resources to target problem areas,” wrote the agency. “We use ‘risk-based’ targeting to prevent, uncover and combat data and manufacturing problems. Risk-based means that we strategically direct our inspection and oversight efforts toward facilities most likely to exhibit quality issues in need of resolution.The agency also oversees the global manufacturing market by building relationships with other international regulatory agencies. “Among many other synergies generated by these partnerships, we utilize the results of inspections done by many countries in the European Union to avoid inefficient and unnecessary duplication of inspections,” the agency noted.

Importantly, the FDA inspects foreign and domestic drug-manufacturing facilities with “depth and rigor.” Some inspections are high priority—based on recall trends, compliance, time ever since last inspection, processing complexity, and risks of drugs manufactured. Although most inspections are announced beforehand, it is within the FDA’s purview to do unannounced inspections. In recent years, more unannounced visits have been performed.

During inspections, FDA investigators can access data via the company’s technology, and discover whether data has been removed or manipulated. The FDA can then act expeditiously to protect patients by placing the facility on import alert or block import.

“Although it only takes one bad actor to create a health issue for patients, it is important to note that the vast majority of facilities and companies pass our inspections and are manufacturing safe, effective and high-quality medicines,” concluded the FDA. “FDA laboratory testing for drug quality has consistently shown medicines manufactured in foreign countries meet U.S. market quality standards using testing standards set by the United States Pharmacopeia (USP) or submitted in marketing applications.”

What can you do?

Despite assurances from the FDA, it remains to be elucidated exactly how dangerous generic drugs can be. Only trends, time, and data will tell. But if you have a concern about the safety or efficacy of generics, it’s incumbent to report. And of course, you can err on the side of prescribing brand names.

After a drug is approved and marketed, patients and clinicians can report adverse effects or quality issues to the FDA’s MedWatch program. When a drug or safety issue is identified, a multidisciplinary team reviews the concerns. Depending on the team’s findings, the FDA can ban import, update product patient or clinical information, restrict use, relay new safety concerns, or yank the drug from the market.

Posted on February 1, 2021, in Uncategorized. Bookmark the permalink. Comments Off on Generics.

← The pill effects adolescent bone development.
How Foods May Affect Our Sleep →