Coffee vs tea: Which is best for health?

Coffee vs tea: Which is best for health?

When it comes to hot beverages, there’s a good chance you fall into one of two categories: coffee drinker or tea drinker. Over the years, both have fallen in and out of vogue, and both have been promoted for their apparent health benefits. 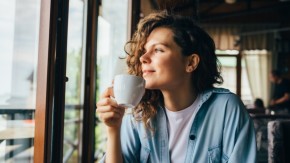 In recent years, studies have shown there are health benefits to both coffee and tea.

For millennia, tea has been hailed as a tonic for well-being. In recent years, studies have begun to provide a scientific basis for this school of thought. Likewise, while coffee has been consumed for centuries, recent research is shedding new light on the ways it provides us with a physiological boost.

But which has the most health benefits? Does the antioxidant content of tea beat out the cardiovascular benefits of coffee? Here’s what the research says.

Coffee: better for you than you think

You may think of coffee as a guilty pleasure, like alcohol. This is probably due to a number of studies published in the 1970s and 80s, which suggested that coffee consumption is associated with increased risks of cancer, birth defects, and heart disease. However, many researchers now conclude that these early studies didn’t always take into account confounding factors, like the fact that heavy coffee drinkers were also inclined to be heavy smokers and lead a sedentary lifestyle.

More recent studies are beginning to uncover some of coffee’s beneficial properties. An umbrella review of meta-analyses, published in the British Medical Journal in 2017, concluded that coffee consumption is associated with more benefit than harm for a range of health outcomes.

Researchers found that high coffee consumption was associated with an 18% lower risk of overall cancer incidence, as well as a decreased risk of several types of cancer—including melanoma, prostate, endometrial, oral, nonmelanoma skin, and liver cancer. The study also suggested that coffee drinkers may be lowering their risks of cardiovascular disease and all-cause mortality, compared with people who don’t drink coffee

The authors concluded, “Coffee consumption seems generally safe within usual levels of intake, with summary estimates indicating largest risk reduction for various health outcomes at three to four cups a day, and more likely to benefit health than harm. Robust randomised controlled trials are needed to understand whether the observed associations are causal.”

An even larger study, published in JAMA Internal Medicine in 2018, looked at roughly half a million adults in the United Kingdom and found that regular coffee drinkers had a slightly lower risk of all-cause mortality. The authors wrote, “Coffee drinking was associated inversely with all-cause mortality, including in those drinking at least 8 cups per day, in both slow and fast metabolizers of caffeine, and in consumers of ground, instant, and decaffeinated coffee.”

Various studies have found that coffee may offer some protection against Parkinson disease, type 2 diabetes, liver disease, and others. This is likely due to coffee’s high levels of caffeine, vitamin B2, magnesium, and polyphenols. One study suggested that coffee consumption could reduce risk of mortality by favorably affecting inflammation, lung function, insulin sensitivity, and depression.

Coffee, however, still has its potential risks, which are mostly linked to the caffeine content. Some studies have shown that, for those with hypertension, heavy coffee consumption can lead to an increase in blood pressure. On the other hand, those studies do not suggest a link between general long-term coffee consumption and increased blood pressure or increased risks of cardiovascular disease.

More recent studies appear to suggest there is a healthy middle ground for coffee drinkers. One study of almost 350,000 individuals concluded that participants who drank 1-2 cups of coffee a day were at a lower risk of developing cardiovascular disease than both those who drink no coffee and those who drink more than 6 cups a day. Another study concluded that 3-4 cups of coffee a day is the perfect level to get the most health benefits while minimizing the risks of coffee.

And, of course, if you’re looking to get the benefits coffee boasts, the science will always point you away from coffee store beverages packed with extra sugar, flavored syrups, or whipped cream.

Should you switch that cup of joe for a mug of tea?

People have been extolling the virtues of tea since ancient times, but it’s only recently that researchers have begun pinpointing the chemical elements that provide a health boost. Chief among these are its polyphenols, which studies suggest reduce the risks of developing a wide range of diseases, from arthritis to cancer. Polyphenols are antioxidants, which help lower blood cholesterol, reduce the risk of cardiovascular disease, and regulate blood sugar levels, which can help combat diabetes.

There is also mounting evidence to suggest that tea acts as a chemopreventive agent against a wide range of cancers. Various studies have found an association between the intake of tea and a reduced risk of certain kinds of cancer, including prostate cancer and breast cancer. While this research is encouraging, further studies are required to strengthen the evidence for this hypothesis. Studies also suggest that drinking tea can help combat conditions like stroke, Parkinson, and Alzheimer disease.

Of course, some of this may be explained by an overall healthier lifestyle employed by tea drinkers. Some studies have found that any conclusions they may come to regarding the benefits of tea could come down to the socioeconomic or lifestyle factors of their tea-drinking subjects. Likewise, conclusions drawn from tea research on animal subjects, which may suggest the protective effects of tea against diseases like cancer, don’t necessarily translate to humans.

Which offers the best health benefits?

The answer here isn’t simple. There are various studies that suggest both tea and coffee, in moderation, can help prevent cardiovascular diseases. Both contain caffeine, which researchers have demonstrated can temporarily improve physical performance and stimulate the nervous system. Studies have shown that caffeine also helps improve mood, by releasing dopamine and stimulating serotonin neurons.

Posted on December 2, 2020, in Uncategorized. Bookmark the permalink. Comments Off on Coffee vs tea: Which is best for health?.