← Dangers of Panadol
Should I test my gut microbes to improve my health? →

Boost your memory with these simple tricks

Boost your memory with these simple tricks

How many times have you put down your car keys and almost instantly forgot where you laid them? Everyone has a lapse in memory now and again. The good news is that you can actually do something about this. Your brain’s “memory banks” aren’t restricted by size or function—you can expand and improve your recall. 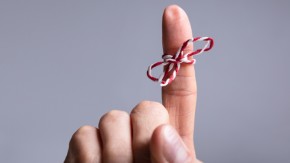 Memory isn’t hard-wired in the brain. These tips and tricks can help you improve your memory and recall.

To that end, here are some simple tips and tricks you can use to help boost your brain’s memory banks.

Say it out loud

Want to remember something? Say it out loud. In a study published in Memory, researchers showed that people remember information best when they hear themselves reading it aloud. The action of speaking, called the “production effect,” is the secret sauce to this improvement in memory. “When we add an active measure or a production element to a word, that word becomes more distinct in long-term memory, and hence more memorable,” said one of the co-authors of the study.

To lodge a memory, replay the event in your mind. Researchers at the University of Sussex reported in the Journal of Neuroscience that people create a more lasting memory if they replay (or “rehearse”) in their minds a scene they just witnessed. “The findings have implications for any situation where accurate recall of an event is critical, such as witnessing an accident or crime,” said the study’s lead researcher. “Memory for the event will be significantly improved if the witness rehearses the sequence of events as soon as possible afterwards.”

Multitasking is a misnomer. It implies that a person can perform several tasks at the same time. In reality, multitaskers are really just switching quickly between tasks because our brains only allow us to do one thing at a time. As such, Stanford researchers showed in a study in Proceedings of the National Academy of Sciences that people who multitask on several media at the same time—eg, smartphones, TV, laptops, etc—perform significantly worse on simple cognitive memory tasks. Plus, multitasking is more of a time-waster than a time-saver. “If you’re multitasking while doing something significant, like an academic paper or work project, you’ll be slower to complete it and you might be less successful,” said a co-author of the study.

Mindfulness can prevent your mind from wandering, which improves focus and memory, according to researchers at the University of California–Santa Barbara. In a study published in Psychological Science, the researchers showed that a 2-week mindfulness course significantly improved participants’ working memory capacity, reading comprehension, and ability to focus. “Improvements in performance following mindfulness training were mediated by reduced mind wandering among participants who were prone to distraction at pretesting,” the authors concluded. “Our results suggest that cultivating mindfulness is an effective and efficient technique for improving cognitive function, with wide-reaching consequences.”

Use pen and paper

Writing notes by hand is better for retaining conceptual information than taking notes on a laptop, according to research published in Psychological Science. Although laptop users took more notes and took them verbatim, pen-and-paper users scored significantly better at answering conceptual questions on the material. “It may be that longhand note takers engage in more processing than laptop note takers, thus selecting more important information to include in their notes, which enables them to study this content more efficiently,” the researchers wrote.

Getting out for a nature walk can help you forget your troubles. But it can also help you remember better—and feel better—according to researchers. In one study, people who took a 50-minute walk in a “nature environment” had less anxiety, rumination, and negative affect than people who walked in an “urban environment.” Nature walkers also showed improvements in positive affect and working memory. “These findings support an account of a pathway by which nature exposure may provide a ‘restorative’ affective experience, perhaps through some process of ‘negative affect repair,’” the authors wrote.

Retracing your steps—literally—can help you remember. In a study published in the journal Cognition, researchers showed that people who walked backward during a memory experiment had better short-term memory recall than those who walked forward or sat still. This held true even if participants imagined walking in reverse or watched a video that simulated backward motion. “The results demonstrated for the first time that motion-induced past-directed mental time travel improved mnemonic performance for different types of information. We briefly discuss theoretical and practical implications of this ‘mnemonic time-travel effect,’” the study authors wrote.

A 1-hour “power nap” can significantly improve memory performance, according to the results of a study in Neurobiology of Learning and Memory. “Even a short sleep lasting 45 to 60 minutes produces a five-fold improvement in information retrieval from memory,” said one of the study co-authors. These results could be put into practice just about anywhere, the researchers noted. “A short nap at the office or in school is enough to significantly improve learning success. Wherever people are in a learning environment, we should think seriously about the positive effects of sleep,” the co-author said.

Posted on November 11, 2020, in Uncategorized. Bookmark the permalink. Comments Off on Boost your memory with these simple tricks.

← Dangers of Panadol
Should I test my gut microbes to improve my health? →