Foods you didn’t know could cause obesity and cancer

Foods you didn’t know could cause obesity and cancer

How careful are you about how you fuel your body? Maybe you count calories. Maybe you’ve found a diet with the right balance of carbohydrates, proteins, and fats. Maybe you’ve even seen some positive results. There’s still a good chance that you’re consuming too much of one insidious ingredient—sugar. 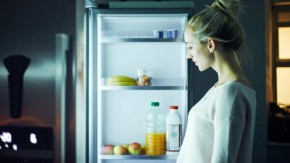 These foods may seem healthy, but their hidden sugar content means they can lead to obesity and cancer.

Sugar is hiding in many foods that we commonly assume are healthy, and there are several reasons you should monitor how much of it you’re eating.

For years, researchers have been studying the links between sugar intake and cancer. While research hasn’t established a causal link in humans, some studies in mice have found a correlation between the consumption of sugar and the likelihood of developing cancer.

Also, excess dietary sugar frequently leads to obesity. Numerous studies and research involving millions of people over decades has established a clear link between being overweight and increased risks of developing cancer. In 2012 in the United States, an estimated 3.5% of all new cases of cancer in men and 9.5% of new cancer cases in women were due to overweight or obesity, according to a large worldwide population-based study. Obesity can be a factor in various types of cancer, including but not limited to breast, colon, uterine, gallbladder, thyroid, and kidney cancer

The research is slowly but consistently suggesting that sugar could be carcinogenic, whatever your body size. One study published last year established a link between the consumption of sugary drinks and an increased risk of developing cancer, regardless of body weight.

The 2020 US Dietary Guidelines Advisory Committee lowered the daily recommended intake of sugar from 10% of daily calories to 6%. For men, this means lowering their daily intake from roughly 38 g to 23 g (or from about 9 to 6 tsp). For women, this means going from around 25 g (6 tsp) of sugar per day to roughly 15 g (3.5 tsp). By comparison, the average American eats about 17 tsp of sugar a day, not including the sugars that naturally occur in foods like fruits, vegetables, and milk.

The public is now well aware of some foods that are packed with sugar, like sodas. But here are six foods that you may not have realized contain a lot of added sugars.

You may think that grabbing a tub of low-fat yogurt is a healthier choice than the full-fat option. However, yogurt is among various low-fat products that often contain added sugar to improve taste.

One study surveyed the sugar content of more than 900 yogurts and found that the average amount of sugar across the categories was more than 10 g for each 100-g serving. More than half of low-fat yogurts included in the study were found to have between 10-20 g of sugar per serving. Interestingly, organic yogurts were found to be some of the sweetest. The median sugar content for all organic yogurts included in the study was more than 13 g per 100-g serving, with some brands featuring almost 17 g of sugar per serving.

If you’re a big fan of yogurt, you should stick to unflavored varieties, particularly natural or Greek yogurts. One of the findings of the study was that sugar accounted for the majority of total calories in all yogurts analyzed with the exception of those labeled natural or Greek.

The most iconic condiment on Americans’ dinner table, ketchup is also unfortunately a Trojan horse for added sugar. According to the USDA database, many brands of ketchup contain as much as 23 g of sugar per 100-g serving.

Of course, when it comes to ketchup, there’s one name on the tip of everyone’s tongue: Heinz. According to the company’s website, 1 tbsp of Heinz ketchup contains 4 g of sugar, which means a full bottle contains roughly two-thirds of a cup of the sweet stuff.

Flavored milk can be a real treat for kids (and some grownups, too). But watch out: Those beverages that we all remember from childhood and still enjoy as adults can be packed with added sugars.

According to the USDA, 100 ml of plain whole milk typically contains around 4.5 g of sugar. However, various brands of flavored milks often contain more than 10 g of sugar per serving.

Many of us enjoy indulging occasionally, but if you or your kids are craving a flavored milk, look at the nutrition label first and avoid making it a daily habit.

Granola may seem like a healthy snack, but that’s only the case with certain brands or with the homemade variety. According to the USDA, various granolas have as much as 20 g of sugar per 100-g serving. Some even feature sugar levels as high as almost 30 g per 100-g serving.

That said, not all granolas are created equally. There are various products on the market that feature far lower levels of sugar, some between 1-14 g per serving. Once again, the key is to check the label before you buy, and look for brands that feature more oats, nuts, and seeds. These will feature lower levels of sugar and more protein and fiber, which will fill you up more quickly and keep you satiated longer.

Substitute your nutrition bar for an afternoon snack that’s actually nutritional, like some fruit.

If you’re looking to get healthy, beans are your friend. They’re a great low-fat source of protein, fiber, vitamins, and minerals. Unfortunately, canned beans can also be stuffed with added sugar.

According to the USDA, many brands of canned beans contain more than 10 g of sugar per 100-g serving. Some contain as much as 16 g per serving.

So, while adding beans to your diet is definitely a good idea, stick with the rule of thumb: Check the label

Posted on November 8, 2020, in Uncategorized. Bookmark the permalink. Comments Off on Foods you didn’t know could cause obesity and cancer.