← Shortage of Menopause Hormone Therapy
Should we scrap routine mammography? →

Chronic disease accounts for about 35 million deaths per year worldwide. Although prescription medications manage or treat many chronic illnesses, some can be expensive, have negative side effects, or just don’t help the problem enough. Certain herbal and dietary supplements may offer a safe, efficacious, and cost-effective adjuvant therapeutic strategy for common health chronic conditions.  https://tpc.googlesyndication.com/safeframe/1-0-37/html/container.html 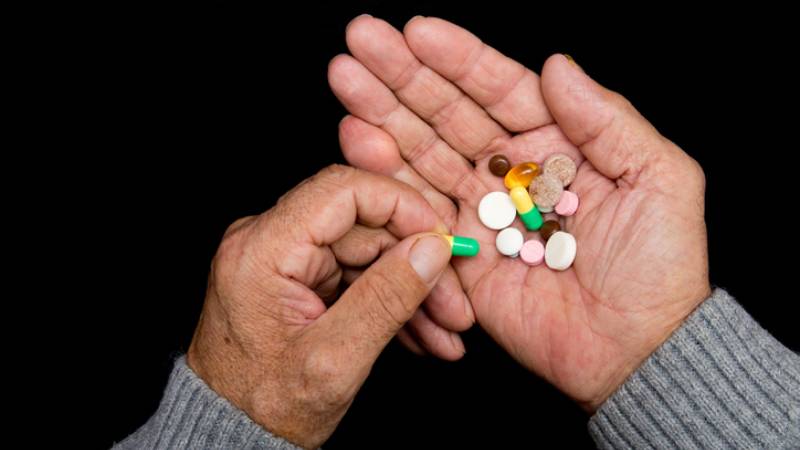 Here’s a look at five such conditions that may be improved with dietary and herbal supplements.

Hypertension increases the risks of heart disease and stroke—two leading causes of death in the United States. Hypertension may be effectively managed with prescription and non-prescription medications in addition to lifestyle changes, such as diet. Sufficient nutrient intake, including potassium and magnesium, plays a key role in controlling this common but dangerous condition.

Normal potassium levels (adults: 3.5–5.2 mmol/L) in the body help maintain muscle function and relax blood vessel walls. These actions help to lower blood pressure and guard against muscle cramping. Normal potassium levels also play a role in the conduction of electrical signals in the heart and nervous system, which protects against irregular heartbeat.

One-third of patients on diuretics for hypertension, heart failure, or edema fail to secure enough potassium in their diets, so supplementation is necessary. In one meta-analysis that included 23 trials and 1,213 participants, potassium supplements resulted in modest but significant reductions in both systolic and diastolic blood pressure levels compared with placebo. The authors concluded that “potassium supplementation is a safe medication with no important adverse effects that has a modest but significant impact [on blood pressure] and may be recommended as an adjuvant antihypertensive agent for patients with essential hypertension.”

Because potassium levels can change rapidly—potentially resulting in hyperkalemia or hypokalemia, as well as irregular heartbeat—patients should not take potassium supplements unless prescribed by their doctor.

In a meta-analysis of 34 trials involving 2,028 participants, researchers noted a causal effect of magnesium supplementation on lowering blood pressure levels among normotensive and hypertensive adults.

“Our findings suggested that oral [magnesium] supplements can be recommended for the prevention of hypertension or as adjuvant antihypertensive therapy, although future rigorously designed [randomized-controlled trials] with [blood pressure] assessment as primary outcomes are warranted to yield confirmatory evidence,” concluded the authors.

Depression is one of the most common complications of chronic disease and is itself a chronic health condition. It can adversely affect physical activity, sleep quality, appetite, and weight. In 2018, about 18 million US adults had at least one major depressive episode in the past year, according to the latest statistics from the National Survey on Drug Use and Health. Certain supplements, however, have been shown to improve depressive symptoms.

In a systematic review and meta-analysis published in European Neuropsychopharmacology, researchers evaluated the efficacy of the following supplements on symptoms of depression: inositol, vitamin D, folic acid, vitamin B12, S-adenosyl-L-methionine (SAMe), omega-3 polyunsaturated fatty acids (n-3 PUFA), and zinc. These supplements were either added to an antidepressant regimen (ie, augmentation) or started simultaneously with an antidepressant (ie, acceleration). Overall, there was strong evidence to support the efficacy of n-3 PUFAs and zinc in the treatment of depression, with the remaining supplements either proving ineffective or inconclusive.

The finding of n-3 PUFAs as an effective therapy for depression was also supported in a more recent meta-analysis in which researchers investigated the efficacy of n-3 PUFAs, namely docosahexaenoic acid (DHA) and eicosapentaenoic acid (EPA), in the improvement of depression. Upon analyzing 26 studies including data from 2,160 participants, they found that n-3 PUFAs with “EPA ≥ 60% at a dosage of ≤1 g/d would have beneficial effects on depression.”

As far as zinc goes, several studies have shown a link between zinc deficiency and the exacerbation of depressive symptoms as well as other mood disorders, with some individuals demonstrating reduced depression scores after zinc supplementation compared with placebo. In one randomized clinical trial, zinc supplements in combination with selective serotonin reuptake inhibitor antidepressants improved major depression more effectively among patients compared with placebo plus antidepressants.

Coenzyme Q (CoQ) is a fat-soluble, vitamin-like substance that chemically resembles vitamins E and K. It is found throughout the body, with the highest concentrations in the heart, liver, and kidneys, which have high energy requirements.

CoQ is an essential cofactor in ATP production via oxidative phosphorylation of lipoproteins at the level of mitochondria and cell membranes. It exhibits a protective effect against atherogenesis via the inhibition of excessive lipid peroxidation. Researchers have shown, however, that CoQ levels tend to be lower in people with certain conditions, including heart disease—the leading cause of death for men, women, and most ethnic/racial groups in the United States. So, it stands to reason that CoQ supplementation may benefit these at-risk groups.

Results from a trial examining the effects of CoQ treatment on atherosclerosis risk factors in a cohort of patients with recent heart attack showed that total cardiac events, such as non-fatal heart attack and cardiac deaths, were significantly lower during a 1-year period in those who took the supplement.

According to the Arthritis Foundation, several supplements may help alleviate the symptoms of arthritis—a debilitating, chronic health condition that affects nearly 25% of all US adults. For instance, SAM-e is an analgesic/anti-inflammatory that could boost cartilage growth and serotonin levels, which decreases pain perception. Researchers have shown that SAM-e can alleviate osteoarthritis symptoms comparable to non-steroidal anti-inflammatory drugs with fewer adverse effects and extended benefit.

Boswellia Serrata, or Indian frankincense, may also possess anti-inflammatory and analgesic pain properties. It could mitigate cartilage loss and decrease the autoimmune process in those with arthritis. According to some researchers, boswellic acid may improve osteoarthritis pain and function after just 7 days of use.

By blocking inflammatory cytokines/enzymes, turmeric can reduce joint pain and swelling. Previous clinical research has demonstrated that the use of a turmeric supplement resulted in long-term improvement in pain and function in those with knee osteoarthritis.

Diabetes is a major cause of blindness, renal failure, heart attack, stroke, lower limb amputation, and death worldwide. In the United States alone, roughly 34 million adults have diabetes, according to the CDC’s 2020 National Diabetes Statistics Report. Lifestyle changes—such as diet, physical activity, weight management, and smoking cessation—along with statin therapy have been shown to manage diabetes and prevent diabetes-related complications.

Some studies have suggested that supplements may also help. In a small cross-over trial, for example, researchers assessed the efficacy and safety of American ginseng (AG) as an add-on therapy in individuals with type 2 diabetes controlled by conventional treatment. Compared with placebo, AG supplementation not only decreased HbA1c and fasting blood glucose levels, but also lowered systolic blood pressure levels.

“AG extract added to conventional treatment provided an effective and safe adjunct in the management of [type 2 diabetes mellitus],” the authors concluded.

While pharmaceutical therapy is the mainstay for many conditions, supplements can provide additional treatment to reduce symptoms and relieve the burden of chronic diseases. As with pharmaceutical drugs, physicians should ascertain and monitor patients’ dietary and herbal supplements.

Posted on June 29, 2020, in Uncategorized. Bookmark the permalink. Comments Off on Supplements proven to help with chronic disease.

← Shortage of Menopause Hormone Therapy
Should we scrap routine mammography? →