← Melatonin: An Anti-Tumor Agent in Hormone-Dependent Cancers.
Science or snake oil: is Garcinia cambogia the magic weight-loss pill it’s hyped up to be? →

Trust Me, I’m An Expert: Food fraud, the centuries-old problem that won’t go away

Listen Food fraud, the centuries-old problem that won’t go away 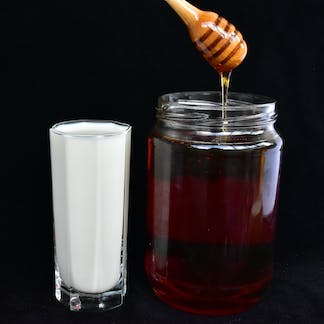 What have you eaten today? And how much do you know about how it was produced, what was added to it along the way, and how it made its way to your plate?

Even as most of us grow increasingly removed from actual food production, many consumers still take food fraud and perceptions of food purity incredibly seriously.

Scandals around “meat glue” or milk and honey contamination, and the skyrocketing global interest in organic foods, underscore the fact that many of us still care quite deeply about the foods we eat and how they’re produced – and that’s affecting food labelling, regulation and consumer behaviour.

One person who’s studied that terrain closely is Dr Andrew Ventimiglia, a Research Fellow at The University of Queensland, who researches food fraud and how it relates to science, culture, trademark law and food regulation.

Read more: Trust Me, I’m An Expert: Cyclone season approacheth, but this year there’s a twist

He sat down with The Conversation’s deputy politics and society editor Justin Bergman to talk about the weird history of food adulteration and certification – everything from 19th century dairy farmers adding sheep brains to skim milk to make it look frothier, to centuries-old oil and wine adulteration scandals.

Dr Ventimiglia said types of food fraud laws have been recorded as early as the 13th century, but the issue really came into focus in the 1800s.

Adulterated milk was one of the first issues that got national attention, and this was roughly in the mid 1800s to late 1800s, both particularly in the UK and the US. And the earliest form of adulterated milk that was really concerning to regulators was actually simply skim milk.

Producers who were making skim milk were adding flour or starch, sometimes carrots for sweetness, but they were also adding things that did pose a public health risk.

So, for instance, chalk was added to increase the whiteness of milk, as well as often sheep or calf brains to froth the milk […] those posed really legitimate health risks that were recognised by early analytic chemists and that really initiated some early food regulations.

And while food scandals persist today, food standards are increasingly more concerned with fraudulent claims on packaging and innovations in food production. For instance, is yoghurt made with coconut milk still considered yoghurt? What to do about foods that claim to be “all natural?”

Special thanks to our multimedia intern, Dilpreet Kaur Taggar, for editing this segment together.

Read more: Trust Me, I’m An Expert: How augmented reality may one day make music a visual, interactive experience

From food adulteration to food poisoning

We also hear from Associate Professor Shauna Murray from the UTS Plant Functional Biology and Climate Change Cluster, about her research into ciguatera fish poisoning. It’s a non-bacterial illness associated with fish consumption and symptoms in humans may include gastrointestinal, neurological and even sometimes cardiovascular problems.

Editorial intern Jordan Fermanis spoke to Dr Murray about why this tropical disease is showing up further south, and how recreational fishermen are helping researchers unlock the mysteries of ciguatera.

Trust Me, I’m An Expert is a podcast where we ask academics to surprise, delight and inform us with their research. You can download previous episodes here.

Posted on November 12, 2018, in Uncategorized. Bookmark the permalink. Comments Off on Trust Me, I’m An Expert: Food fraud, the centuries-old problem that won’t go away.

← Melatonin: An Anti-Tumor Agent in Hormone-Dependent Cancers.
Science or snake oil: is Garcinia cambogia the magic weight-loss pill it’s hyped up to be? →