← Navigating Fertility Clinics With a Click
Effects of hormone replacement therapy on immunological factors in the postmenopausal period. →

The incidence of stillbirth hasn’t changed in decades. We need to talk about why

By the way, six babies died yesterday too, and six more babies will die tomorrow.

Apologies for the depressing start, but even more so, I’m so very sorry for the mothers whose babies will die today, and for all 2,200 Australian families this year that will lose a baby through stillbirth.

8 March is International Women’s Day. There is much to celebrate when it comes to progress for women throughout the world. There is also much to lament, both in relation to what still needs to be done and where the gains we have made risk going backwards. 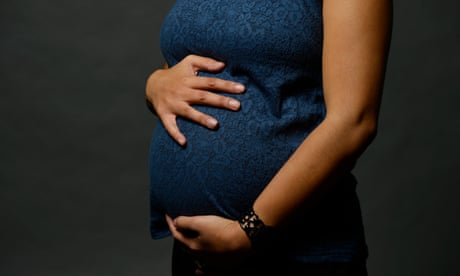 Stillbirth, however, is standing still. The incidence of stillbirth is the same today as it has been for decades. Very little money or attention goes into research to reduce or prevent stillbirth.

Why? Stillbirth struggles on two fronts.

One, stillbirth is a thing that happens inside a woman’s body. In a male-dominated world, stillbirth is easily relegated as a private tragedy rather than as a public health matter.

Two, stillbirth is not a cause feminists want to champion. Even though stillbirth is a tragedy for thousands of women each year, most feminists don’t want to talk about the death of a baby inside its mother’s womb. Many feminists get uneasy about anything that gets a bit too close to abortion rights.

So let’s be clear: stillbirth happens to women who want to be mothers, who have chosen to take a baby to term. It has nothing to do with abortion. Many mothers of stillborn babies are pro-choice and would not seek to restrict women’s access to abortion services.

If feminists believe women’s choices should be respected, then there is nothing to fear from recognising a woman’s choice to be a mother. There is everything to gain from demanding that society take seriously a public health problem that devastates six women and their babies a day in Australia.

Let’s consider the experience of a woman who is the mother of a stillborn baby.

She finds out the baby that has been growing, moving and kicking inside her has died. She goes into labour, endures the pain of contractions and delivery, as well as the medical risks involved, and gives birth to a dead baby.

She is on a maternity ward, often a joyful place. For her it is torture.

She probably spends time with her dead baby, most likely takes some pictures, and gives the baby a name. She makes decisions about an autopsy, and chooses between burial and cremation. She takes medication to stop her milk from coming in. She experiences all the physical and hormonal after-effects of birth. She goes home to an empty crib.

She finds a way to tell everyone who saw her belly swell for six, seven, eight or nine months that her baby is dead.

If she is one of the most unfortunate 30% of still-mothers, she will get no answers from an autopsy. There will be no reason or explanation for her baby’s death.

If she gave birth to a stillborn baby before 20 weeks, she won’t even get a birth certificate. The state won’t acknowledge that she went through labour and delivery, gave birth, named her child and held it. In the state’s eyes, she is not a mother.

For the rest of her life, she will never quite know how to answer the simplest questions: how many children do you have? Didn’t you ever want to try for a boy? (or a girl?) Have you ever thought of having another baby?

The physical and emotional impact of stillbirth on a woman is enormous, and her loss is great. Meanwhile, society doesn’t seem to pay attention to her experience.

The funding of research into the causes of stillbirth will fall largely to her, her baby’s father, and the thousands of other Australian families and their friends who have known this extraordinary sadness.

Even when the New South Wales government wrongly cremated two stillborn babies – in one case, before an autopsy could be done – it wasn’t enough to get people to pay attention. The then-premier Mike Baird refused a meeting with Stillbirth Foundation after the second such grotesque mistake, even as the organisation was offering to help his government avoid such errors in future.

Even when an economic impact study done by PwC put the economic cost of stillbirth in Australia at $681m over the next five years, it wasn’t enough to evoke new commitments of government or corporate funding for research.

Stillbirth Foundation is the only major body exclusively funding research in Australia. The foundation is only 12 years old and in that time it has raised just over $1m. The funds come largely from families, who desperately wish for answers so that others do not have to endure the same sense of searing loss. Its efforts have produced insights into maternal foetal monitoring, maternal sleep positions, and risk factors, and the foundation provides guidance on steps that might help reduce the risk of stillbirth.

Research can make a difference. For example, research reduced the incidence of sudden unexpected infant deaths, including SIDS, by 80% since 1989.

This International Women’s Day, what can be done? 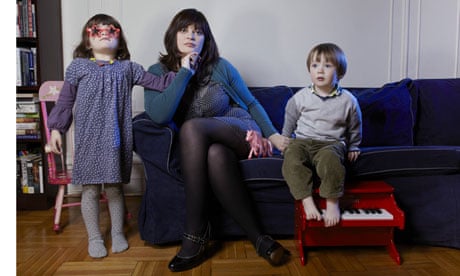 Losing Iris: the quiet despair of a child stillborn

Give money to support stillbirth research. Make a personal donation, or encourage your workplace giving program to support Stillbirth Foundation.

Email your state and federal MP and tell them this is a public health tragedy Australia needs to address.

Learn about the risk factors and what steps might help avoid stillbirth.

If you know the mother of a stillborn child, reach out, use her baby’s name (or ask it if you don’t know), and ask her how she is going, how often she thinks about her child, if there is some way you could help honour her baby’s life.

Elevate the experience of women, demand that society pays attention, and support women who have suffered a great loss. This International Women’s Day, what could be a more feminist thing to do?

Kristina Keneally is the mother of three children, two teenage boys and a stillborn baby, Caroline. She is the patron of Stillbirth Foundation Australia.

Posted on March 15, 2017, in Uncategorized. Bookmark the permalink. 4 Comments.

← Navigating Fertility Clinics With a Click
Effects of hormone replacement therapy on immunological factors in the postmenopausal period. →