← Which fruits are healthier, and in what form?
The incidence of stillbirth hasn’t changed in decades. We need to talk about why →

Navigating Fertility Clinics With a Click
By GLENN RIFKINJUNE 11, 2016 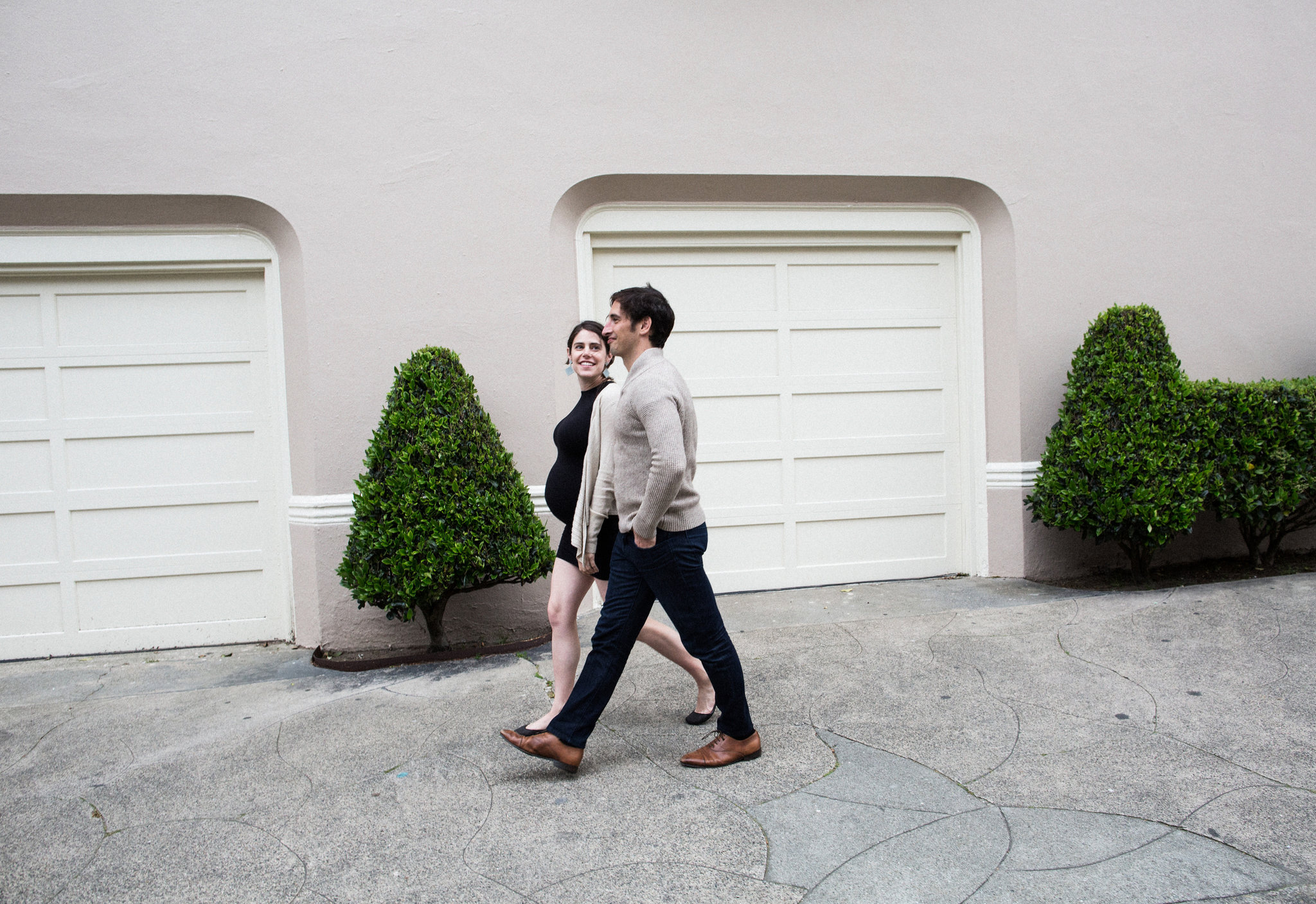 Deborah Bialis and Jake Anderson founded FertilityIQ after their own difficulties finding reliable information on doctors and clinics. They have since had a baby boy.

Jake Anderson and Deborah Bialis of San Francisco planned to start a family not long after their wedding in 2012. But they soon ran into a roadblock: infertility. At 27, Ms. Bialis was told that her prospects for a successful pregnancy were dim because of an earlier medical condition. Not sure where to turn, the couple sought out a fertility doctor to assess their options.

After two years, two doctors and three rounds of unsuccessful fertility treatments costing $75,000, they gave up and decided to try on their own.

“It attacks you emotionally in a way that’s hard to fathom,” Mr. Anderson, 36, said of the experience. “When you think you’ll be a parent someday and then realize it may not happen, it’s a crisis. It can drive a wedge between partners, and emotionally it is pure hell.”

Mr. Anderson was a partner at Sequoia Capital, a Silicon Valley venture capital firm, and Ms. Bialis worked for a start-up called Rise, a mobile nutrition app. Their personal experience led them to leave their jobs and start FertilityIQ, a website aimed at assessing fertility doctors and clinics.

They saw an opportunity because “we realized there was no accountability on the clinic level,” Ms. Bialis, now 30, said. “There was so much miscommunication.”

More than seven million women sought treatment for infertility from 2006 through 2010, according to a survey by the Centers for Disease Control and Prevention. The American fertility market, including treatments and drugs, is estimated to be $3 billion to $4 billion, and growing at 4 percent a year, according to Harris Williams, an investment bank. As women wait longer to begin having children, those numbers have risen. Fertility is tied to a woman’s age, and by the mid-30s, her ability to become pregnant declines considerably.

Many fertility patients need more than one treatment cycle. Each cycle costs $14,000 to $17,000, with three generally needed. Adding those to other treatments, the total cost comes to an average of $66,000, depending on where the patient lives, a recent article in The Journal of the American Medical Association reported.
Continue reading the main story
Advertisement
Mr. Anderson and Ms. Bialis found that the most common methods of finding a fertility doctor or clinic was word of mouth, a referral from an obstetrician/gynecologist, or cold-calling one of hundreds of fertility clinics around the country. Fertility patients are highly likely to leave their first doctor, frustrated by a lack of chemistry and emotional support, they said.

“I call this silent suffering,” said Dr. Alice Domar, a psychologist and director of integrative care at Boston IVF, a fertility clinic with more than 20 locations in New England. “It has to do with sex and female parts, and people don’t talk about it. It’s a huge industry, but very few things are offered to patients that address the emotional aspects of infertility.”

FertilityIQ, which went online this year, provides extensive assessments of doctors, clinics and treatment protocols from patients who fill in detailed questionnaires about their experiences.

For couples trying to make one of the most important and expensive decisions of their lives, useful data has been sparse. Dr. Christo Zouves, a San Francisco infertility doctor, said FertilityIQ had “information that nobody has ever really collected before.” Because of the expense, time commitment and emotional stress involved, “You can’t really afford not to have all your ducks in a row before you initiate that first cycle.”

Though most applaud FertilityIQ’s efforts, some in the field are skeptical of a website that offers reviews of doctors and clinics in a manner that some have compared to Yelp. As with Yelp, the reviews are subjective and may reflect individual biases that create a skewed portrait.

“I would not want to choose my doctor based on a website,” said Dr. Michael M. Alper, medical director of Boston IVF and an associate professor of obstetrics and gynecology at Harvard Medical School. “If a relative needed cardiac surgery, would you go to a website and choose? It could be very misleading.”

Dr. Alper, who has practiced infertility medicine for 30 years, noted that web surveys could provide inaccurate assessments, and that FertilityIQ, being so new, is relying on limited responses for individual doctors. Many of the doctors listed on the site have scores based on just one or two patient reviews.

“If you look through history, doctors and IVF centers have equated quality with pregnancy statistics,” Dr. Alper said. “Whoever had the highest numbers had the best quality. But the problem is, you can control your statistics by how you treat and who you treat.” Patients with complex problems may be turned away, and the best doctors who take on the tougher cases will have more failed attempts and generate lower ratings, he said.

Mr. Anderson is aware of such concerns and acknowledges that the site is a work in progress. But it has already evaluated more than 80 percent of all American fertility doctors and includes assessments from 5,000 verified fertility patients, meaning they have produced a bill to authenticate their treatment, he said. Tens of thousands of patients have visited the website, he added.

The website has been an important resource for Christine Turner, an executive director at Stella & Dot, a jewelry and accessory company. Married at 34, Ms. Turner and her husband tried to conceive right away and ran into fertility problems. Then living in Atlanta, they went to a clinic recommended by her obstetrician/gynecologist and met with a doctor with whom she did not feel comfortable. The couple spent $40,000 on two unsuccessful IVF cycles.

Now living in Houston, Ms. Turner went to the FertilityIQ website, created an account and began to search for a clinic that would match her needs. Through FertilityIQ, she found a doctor at a clinic in Colorado and was able to confirm through evaluations “who had the best bedside manner and who would be best for me,” she said.

“If I’m going to be spending that much money, I want to really make sure I’m putting the money in the right place and into the hands of the right clinic and doctor,” she said. She called FertilityIQ “invaluable and game-changing” because it connected her to a community of people she might not otherwise know about.

Though he applauds the effort, Dr. Alper warned that until the sampling numbers were far higher, “people will end up choosing centers for the wrong reasons.”

For now, the website is free. As FertilityIQ grows, eventually people will pay a fee for access to the data, but those who share their own data will become part of the community and retain free access, Mr. Anderson said. The site is free of advertising to avoid conflicts of interest.

The start-up is self-financed, and Mr. Anderson and Ms. Bialis have turned away potential investors. Mr. Anderson said he was in no hurry to monetize the site. He pointed to hugely successful Sequoia investments like WhatsApp and Instagram, which focused on building a large audience before generating revenue and were later acquired for a combined $20 billion.

Josh Manchester, a venture partner at Foundation Capital in Menlo Park, Calif., favored that approach. “If they are able to create a customer experience where users of the site benefit and go through the fertility process in as smooth and painless a way as possible, it creates high engagement and evangelical customers. That leads to a fast-growing user base.”

“Communities and networks are the most valuable businesses in the world,” Mr. Anderson said. “In the early years, they all build an audience, not revenue. The good ones are rewarded for patience and not trying to monetize early.”

He and Ms. Bialis have already been rewarded for their patience in another way. Their first child, a boy who was conceived naturally, was born at the end of April.

Posted on March 13, 2017, in Uncategorized. Bookmark the permalink. Comments Off on Navigating Fertility Clinics With a Click.

← Which fruits are healthier, and in what form?
The incidence of stillbirth hasn’t changed in decades. We need to talk about why →